Welcome to the Weekly Woof! This used to be a weekly zine I posted on my deviantArt page. I thought this would be a cool way to bring it back. So, let's not waste any time! On with the Woof!

PERSONAL NEWS
Today I created this page! I am settling in nicely to cyberspace.

My friends and I have been parroting this video for nearly a decade. The audio has also been used in several animation memes. Nothing beats the original though!

ART OF THE DAY 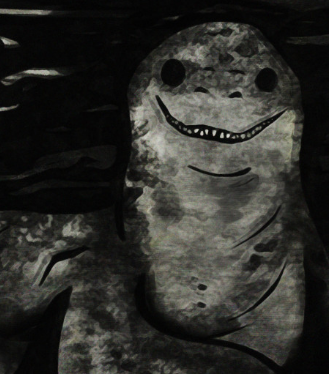 "Leopard Seal" by SirHagfish on Furaffinity. Click HERE to see the full image and leave a nice comment!

This tale is lovingly titled The Arms Race. It is part of a larger collection of tales refered to as The Apartment by tumblr user skittle-skattle. The author relives a heralding event in which fun with friends (and nerf guns) got very out of hand. It begins as thus:

So when I moved back to Chicago, and into the apartment, I obviously brought my Nerf guns (my roommate gave me his when we moved out), and I obviously attacked my roommates the first opportunity I had. OBVIOUSLY this led to everyone buying Nerf guns and modifying the shit out of them.

However, some of us were terrible shots, so certain measures had to be taken to make it possible for them to keep up. Brad practiced in his room every day, Josh built an extended clip for his gun, and Kyle bought the fucking Vulcan and built a 600 dart belt for it because he decided aiming is for people who can’t fire 6 darts a second (he modded it for doubled firing speed using a small car battery and replaced mechanics).

And then there was Paul...

Want to find out what happens next? Visit the original post HERE.

That does it for this week's Woof! Thank you so much for visiting and reading. If you enjoyed the Weekly Woof, share it with a friend! If you have any questions or concerns, mail the webmaster at dogdotexe.zonelets@gmail.com. Have a nice night!